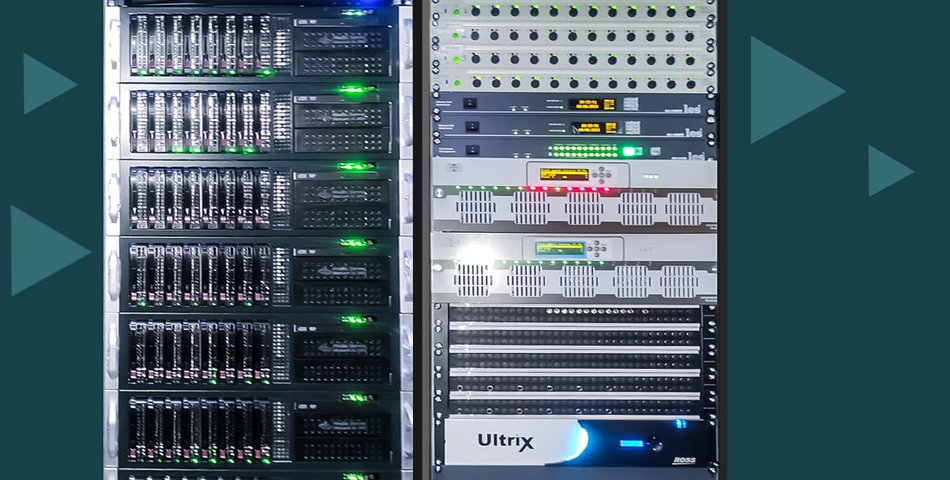 Playout System is designed for 32 Program Channels under the project «Cinemas» and is built according to the scheme of 100% redundancy. Broadcasting is provided by eight multi-channel SkyLark SL NEO 2000 series servers under the scheme of 8 PGM Channel with 8 HD/SD SDI Output Ports. Each SL NEO Server generates 8 Output Programs with Multilayer Graphics. Emergency switching of SDI signals is performed by GV Vega matrix, which is controlled from the servers via IP.

As part of this project, integration with the Provys traffic system was carried out to generate playlists with secondary events, the uploading of AsRun logs, and automatic loading of content.

Every channel includes automatic volume level normalization (EBU R128), supports of subtitles generation in teletext format OP-42/47. The source for subtitles is SRT files. As an option in VANC packages, SCTE104 tags can be generated in the output signals.