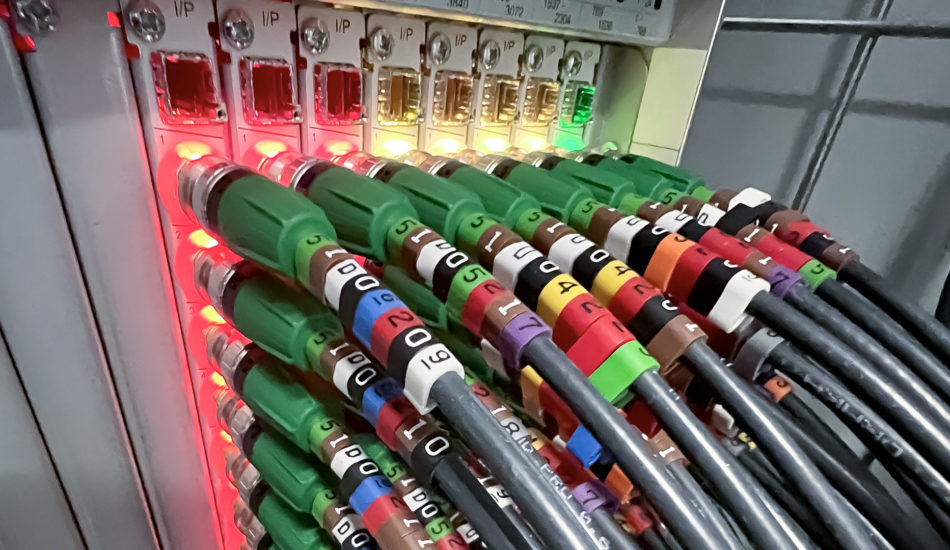 Multichannel Capture of External Signals and Streams, Format Conversion for mixing Live Feeds to Output Programs and for Recording.
Decode embedded SCTE-104/35 markers Data, Teletext, Subtitles data, retransmit CC to the Output Streams. SCTE-104/35 Data can be used to automate the Ingest and Playout processes.
Automated 24/7 Multichannel Recording of of External Signals and Streams as Source Material for Playout according to Schedules and internal Rules, automatic Content Transfer to On-Air zone during or after Recording is an important part of overall Broadcasting Workflow.

Broadcast System inputs — Capture Ports are designed to receive External Signals and Streams that are intended to be used in the Output Programs:

The types and formats of input signals can be absolutely different. Servers and SL NEO software supports all common in the industry types of interfaces, television standards and IP-protocols.

In any type of Server, the input signal or stream from the hardware interface is captured by the software module Stream Capture. It receives video data, embedded audio and embedded ANC data from an SDI capture board or Ethernet adapter, as well as operates with ASI/IP streams and supports MPEG2 data.

There are many such modules working simultaneously in the system, and their number is equal to the number of system inputs.

Stream Capture receives a single program stream from the board/capture interface or demultiplexes one multiprogram stream, selects and decodes the single stream to the common format of data exchange between the SL NEO platform modules — to Uncompress level.

Uncompressed output stream from Stream Capture output can be simultaneously fed to the inputs of other SL NEO modules via SL NEO Virtual Router:

SkyLark Technology Inc.'s licensing policy is intended to give users a wide range of capabilities to configure the system on their own. Only the Number of Capture Ports and their formats are licensed: SD or HD/SD or UHD/HD/SD. Downgrading a format will not affect the validity of the license. For each Capture Port you can Select any type of Capture Interface, for IP Input Streams — any Protocol from the list of supported.

The number of file streams per recorder is two: Full Res + Proxy.

The Recording process is controlled using the Air Manager client application or via the web clients.

The «Record» windows of the GUI show the list of recording tasks from File Recorder and their current statuses. Rec-lists are loaded from traffic system or created in the built-in Air Manager application’s Record list Editor.

The built-in database of the SL NEO Media Platform extends the scope of the operating system when working with media:

Manual and automatic marking of materials during recoding by external commands, markers and signs in the input streams:

After recording, content must necessarily be delivered to the right point in the system for any further processing. It may be NAS in the NLE area, operational archive storage, playout — zone. To perform this job, the Transfer Manager server module is used, which performs automatic multi-threaded operations with file content based on rules.

If recording is performed in a space managed by the media base, the content becomes available seconds after recording starts. This also applies to the copying procedure: the Transfer Manager starts copying at the start of recording, thereby significantly optimizing file operations.

The Transfer Manager Pro version allows you to transcode file content while moving:

Diagram of SL NEO modules interaction during capture and recording. SL NEO Servers have the same structure: 1000 Series — Multichannel Recorders and 3000 Series — Channel in a Box. 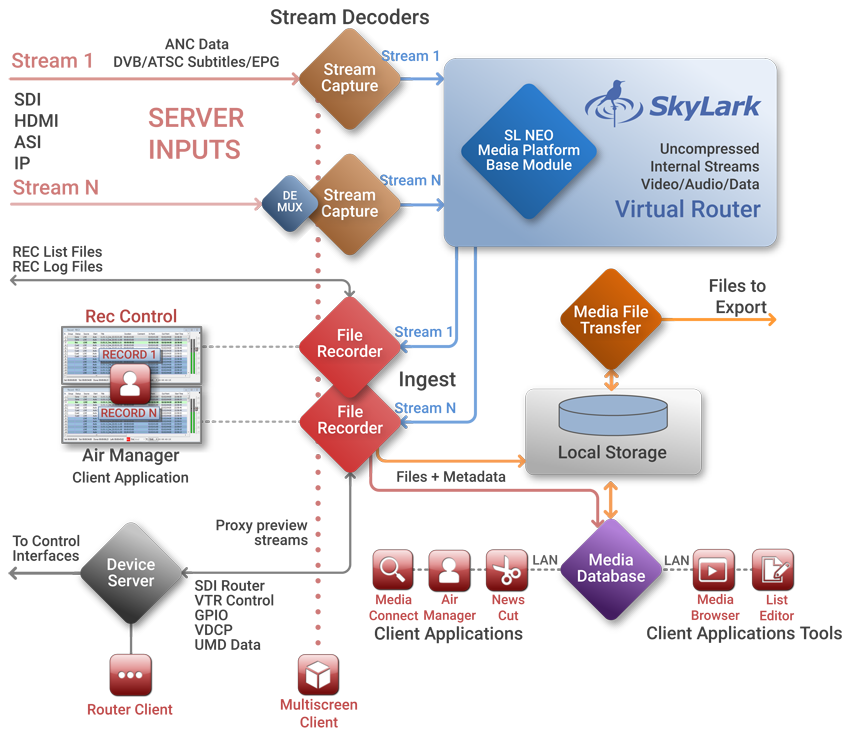