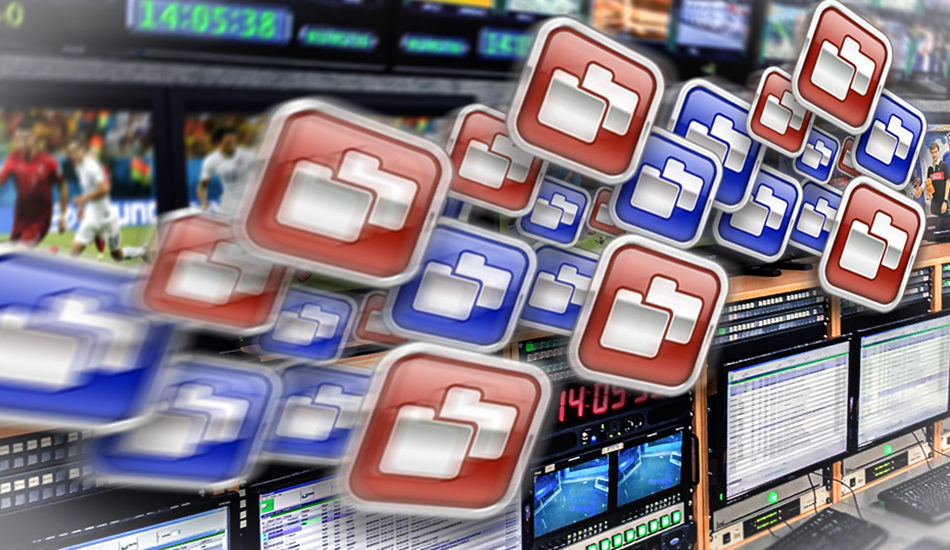 Automatic file import is another method of collecting source material for playout. SL NEO Media Platform provides both Manual and Automated multithreading File Content Transfer features. Manual operations are performed in the Media Browser window client applications and in the same window of the web client.
Automatic Transfer is provided by Transfer Mansger - a Powerful Software Product integrated into the SL NEO Media Platform and featuring a wide range of functionality for Content Transfer and Transcoding.

Manual File Import are performed in the Media Browser window of the Air Manager, NewsCut, Media Connect client applications and in the same window of the web client.

The purpose of the operation is to create a clip in the Media Database by copying (with the possibility of transcoding) media files from Windows file system folders located on computers on a shared network. Possible paths for Media Files when performing an import operation:

Use cases for Transfer Manager in the «server-client» version:

The diagram shows two ways of implementing the process of importing files into the operational storage of the SL NEO playback servers: automatic and manual. For each option is available work in the local network and via WAN. The redundancy schemes use continuous online synchronization of content between the primary and backup servers, performed automatically using TM. 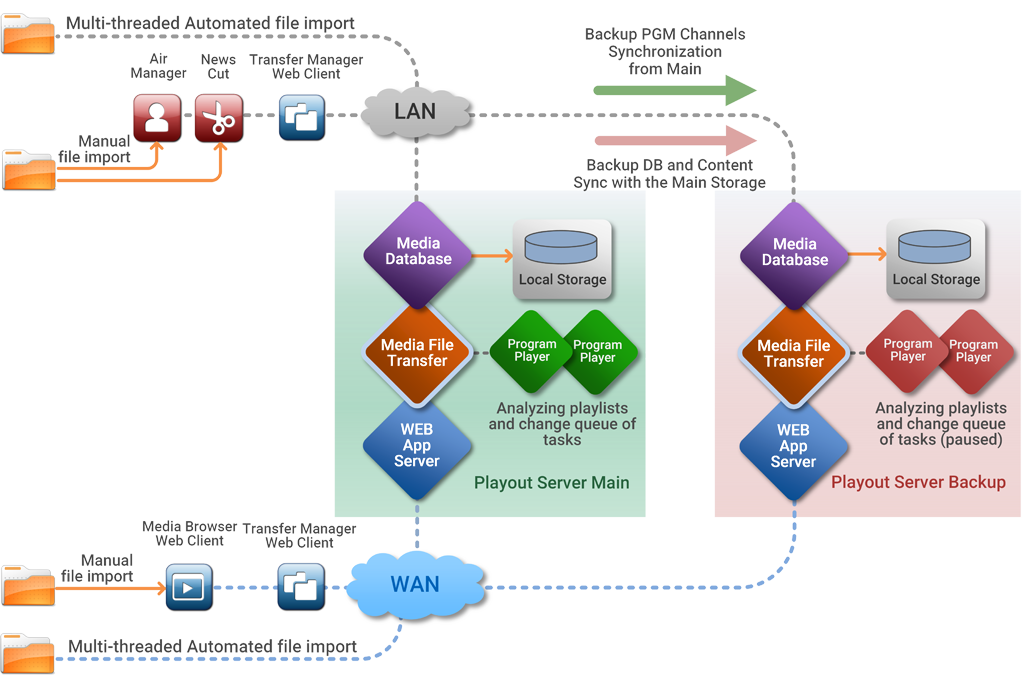 File operations are performed according to configurable rules. A rule is based on the type of copying:

Copy and Rotate — permanent automatic unidirectional synchronization of the target storage from the source storage. This rule is used, for example, to synchronize arrays and DBs of broadcast servers — main and backup.

Copy Once — one-time copying from the source repository to the destination one.

Copy for Playlist — priority copying from source repository to destination repository only for files whose names are specified in the executable playlists. Transfer Manager interacts with Program Player modules, the tracked identifiers in the playlists are Media and Title.