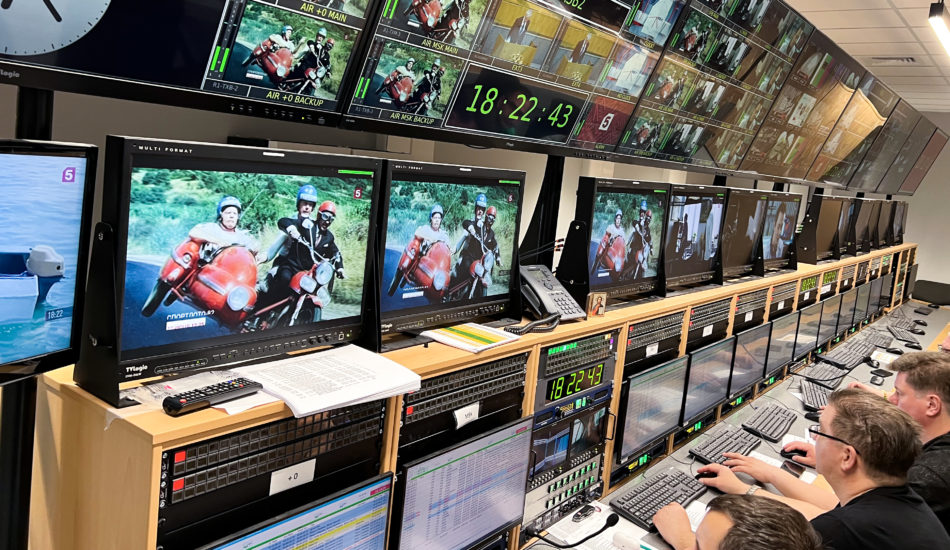 The Workflow of Broadcasting one or more television channels, consists of relatively simple operations. The solutions presented by SkyLark Technology allow implementing and automating the absolute maximum of them. Based on the SL NEO Platform Modular Software, it is possible to create a Fault-Tolerant System based on any of the following schemes:

Mirror scheme with 100% redundancy of all servers and path elements. SDI Routers perform the roles of Master Control Switchers. Ingest & Playout servers contain built-in self-contained Recording Automation and Broadcast Automation Systems. Each such System is responsible for performing the recording or playout schedule for a single channel.

During schedule execution, each Automation System controls its own set of devices (real or virtual):

The Main and Backup half systems work in sync. The each Backup Program Player services constantly synchronize their playlists from the main Program Player module, all playout channels runs in parallel and in sync. If the main set fails, the backup continues to work autonomously. After the main set is restored to working condition, a one-time synchronization of its playlist services from the backup is performed. On-line synchronization also occurs at the content level (files, metadata) between the main and backup servers.

Despite the large number of infrastructure elements and high cost, the «classic» scheme remains relevant for large broadcasters, because it allows you to simultaneously receive and process a large number of external signals and output programs.

Channel in a Box cannot always provide the necessary number of capture ports, the number of recording, playback and encoding channels. Setting up a hardware module to receive and transcode a signal from an external source is clearer and easier, while setting up and reloading capture ports on a running multichannel server can make of output freezing. In a circuit with discrete elements it is easier to perform instrumental control and check the signal passage at each point of the path, in an integrated system this is not possible.

Thus, when choosing a system configuration, we always take into account the nature and scope of operations. As a rule, several solutions are offered to the client.

With any type of configuration, any SkyLark Broadcast System includes functionality to implement processes as parts of the Core Workflow: