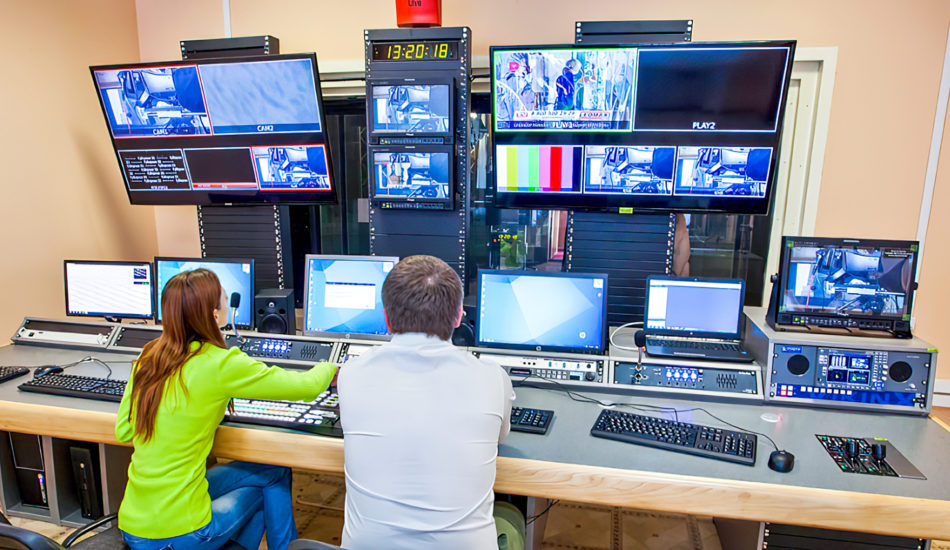 Recording is performed by the media server SL NEO in the «growing» file mode. After the start of recording, the material is available for editing in a second. The fragmented recording mode is possible (generation of an array of files-fragments of the same duration for operative editing on NLE of any type).

For growing file editing, the News CUT client application is used, working with the SL NEO database and proxy, which allows you to do without copying media files to the editing station and back to the server.

The result of montage is saved in the database as a clip containing the text XML-description of the editing solution with graphics. Immediately after editing is complete, the clip is available for playback without additional rendering. During editing, titles and graphics created in the built-in Graphics Editor and placed on Time Line.

Playback of the editing result is performed in the usual manner. This functionality is available in the SL NEO 3000 Series Servers. The diagram illustrates the sequence of modules and client applications of the SL NEO platform involved in the workflow.

In moderating ive broadcasts there used to be a popular «short» delay function of a few seconds to manually override caveats or other undesirable material. As a rule, the delay time was 7 seconds, which was a common value in broadcasting practice (the function was called Seven Second Delay or Prtofanity Delay).

Today a lot is changing and SL NEO servers are solving the problem of automatic content moderation together with the artificial intelligence. We use Sightengine moderation service API:

This solution allows you to automate the process of moderation, but it is not the only one. The SL NEO platform toolkit includes a small «moderator on duty» kit for recording and editing events in the executable playlist window: