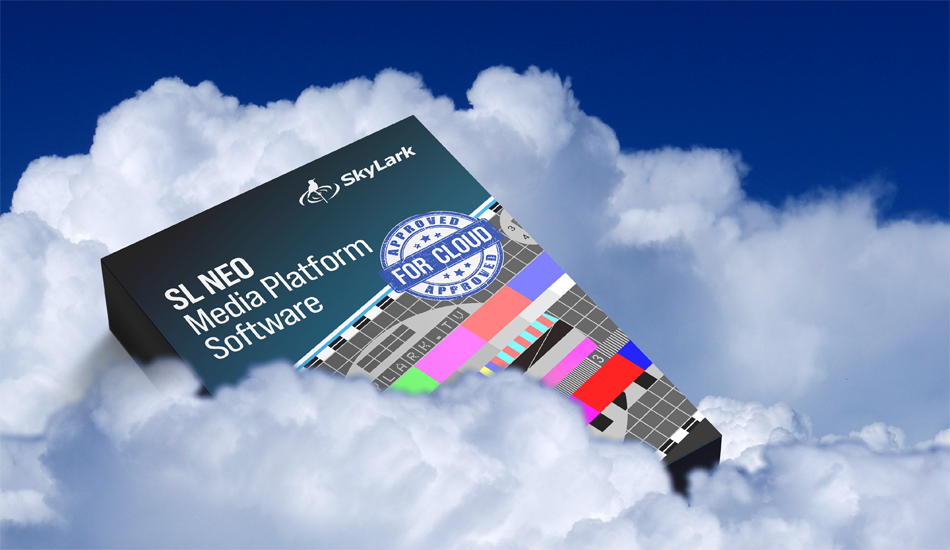 For cases where the server components are located in one or more data centers and broadcasting is managed over the Internet, a special control mechanism has been developed that allows remote clients to manage the system functionality via a web browser: download play/record sheets, import files, view and mark up source materials, control input, output streams and view broadcast recordings.

The Cloud Playout solution from SkyLark is based on the Server Modules of the SL NEO Platform, working in a virtual environment. There are several conceptual differences from the «Classics» when building Cloud Playout:

The diagram shows the SkyLark Concept for Cloud Playout Systems 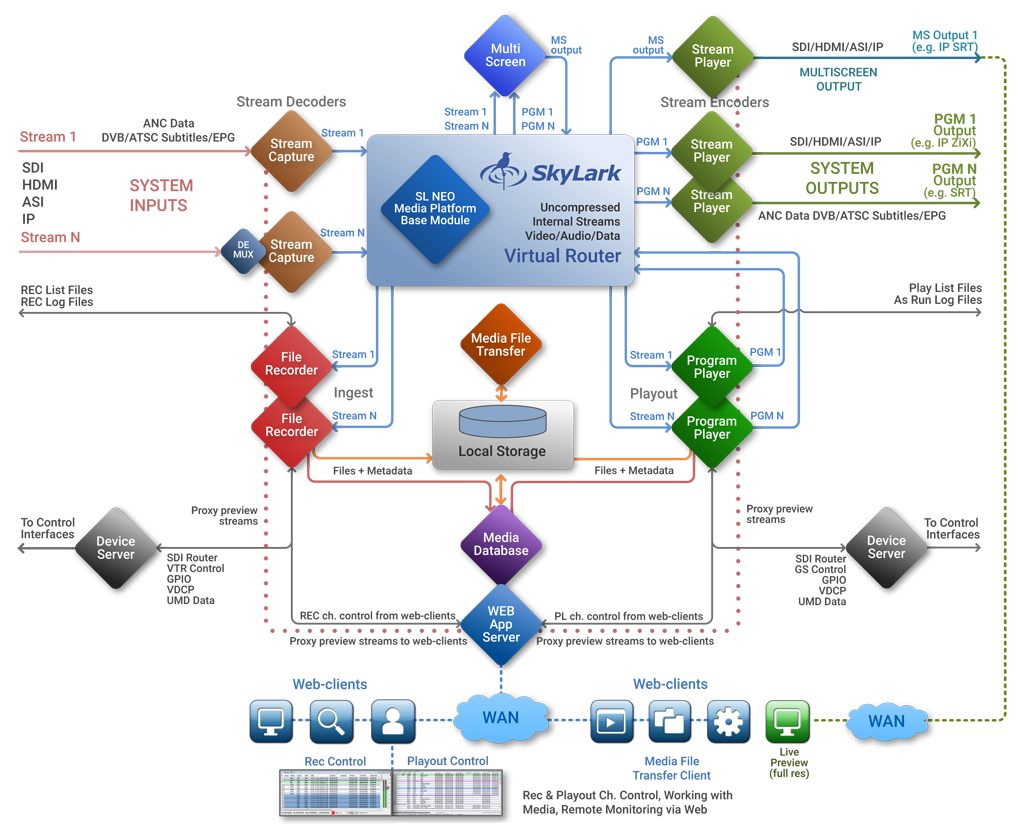 Operations and Processes in the Cloud 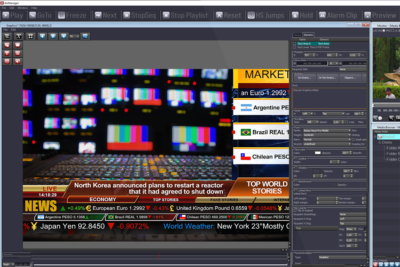 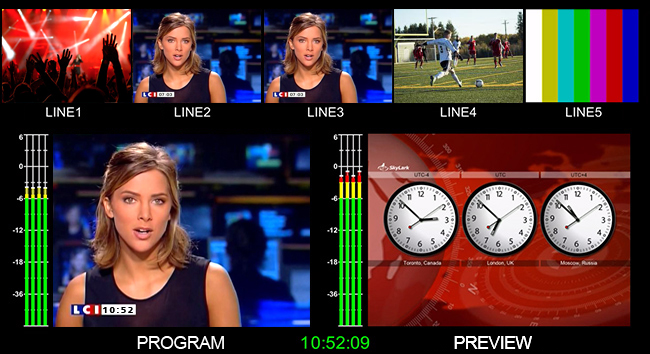 One MultiScreen module can accept up to 24 input signals and streams of all possible formats and arrange their video sequences in 24 windows of multiscreen composition, with an indication of audio or loudness levels. Alarms for freeze frame, black field and audio level deviation from specified values are available.

A separate window can display the clock and current date. Integration with File Recorder and Program Player modules: this allows you to visualize information about playback and recording schedules. The uncompressed virtual video/audio stream from the output of the Multiscreen module connected to the input of the Stream Player module via Virtual Router.

The IP Multiscreen Output is a handy tool to control all I/O streams in a cloud environment.

To distribute output programs in various environments, SDI/ASI/IP Streams with the necessary resolution/fps parameters, IP-protocols, and bitrates are generated at Server Output Ports. The procedure for creating a single output signal/stream is performed by the Stream Player software module.

In Playout configurations, it receives uncompressed AV and ANC data from the Program Player module and then: 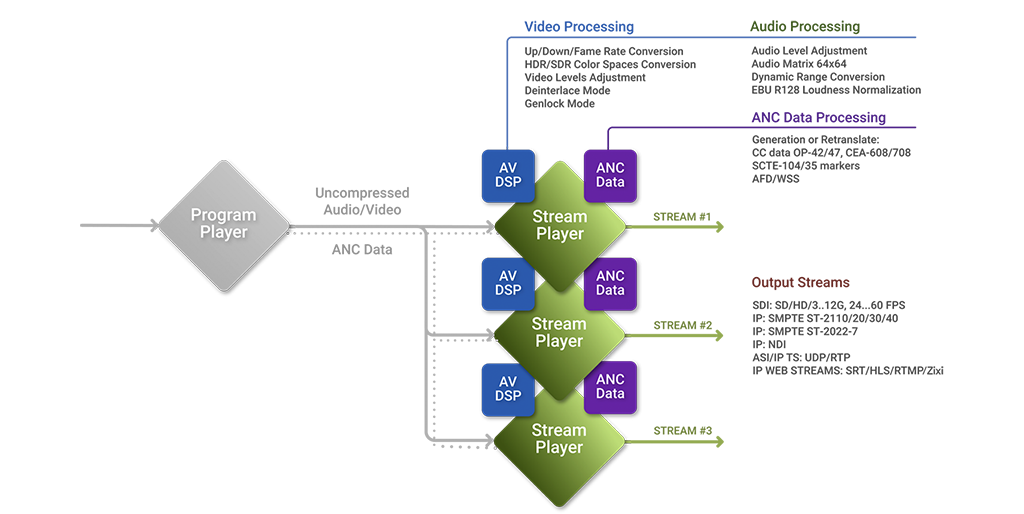