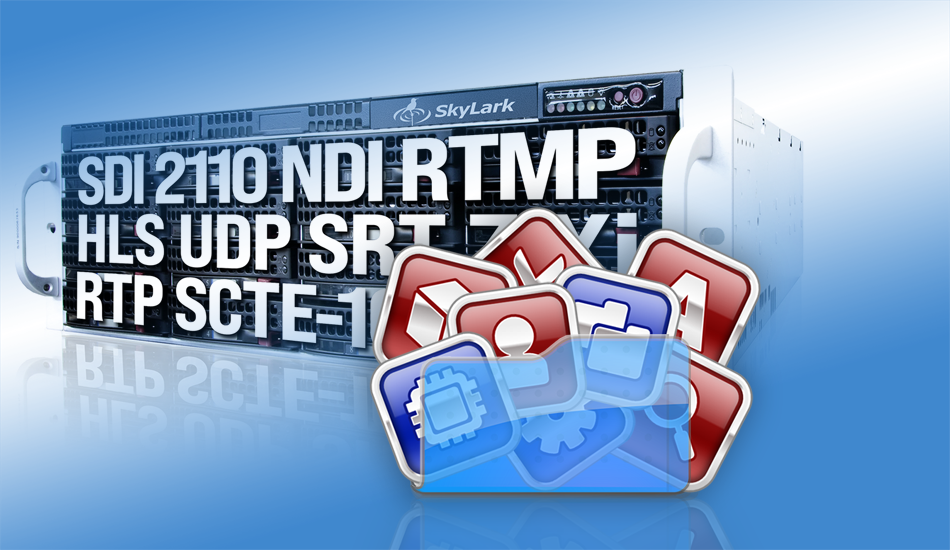 Channels in a Box: Next Generation

Channels in a Box (CIAB) is the best alternative to the «classic» because of the amount of capital costs, which can be many times less than the cost of building a classic system with a large number of discrete hardware modules.

Ports and Channels in one Box

Options for Playout Systems based on SL NEO CIAB

Diagram A. System based on SDI and compressed IP Streams

An important feature of Channel in a Box: a mix of SDI/ASI/IP input interfaces, signals and SD/HD/UHD formats with different frame rates.

Device detection and connection is implemented in NMOS browser (IS-04, IS-05). The diagram shows an example of creating a fault-tolerant 8-channel system that uses the ST2110 transport. 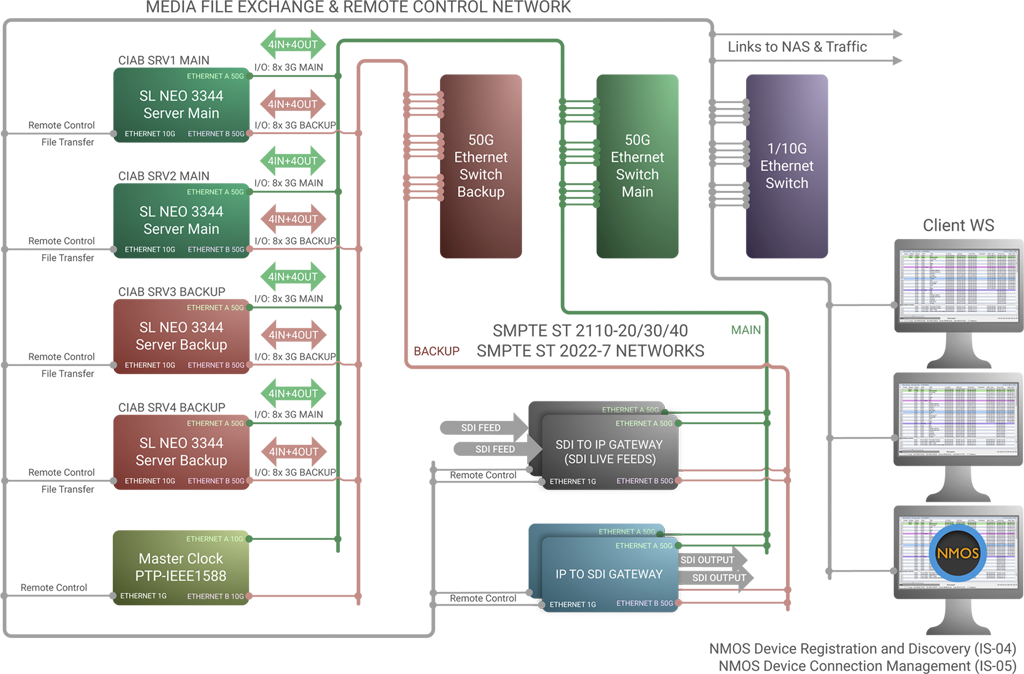 The Program Player Server Module of the SL NEO platform is responsible for playing playlists and forming the final program signal of one channel. It plays files according to playlist events and switches live signals from external sources into the program.

SL NEO Client Applications are designed to control recording and playback operations of CIAB. The applications include tools for viewing, importing files, editing content and schedules, and creating graphics templates. If remote management is performed via WAN, remote clients are working use a web browser.